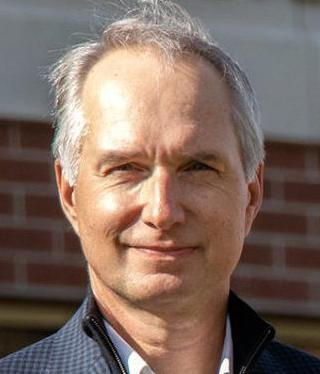 Richard Kyte is director of the D.B. Reinhart Institute for Ethics in Leadership at Viterbo University in La Crosse, Wis., and co-host of "The Ethical Life" podcast.

Kathy and Dave own a small-town bowling alley and bar. A few years ago, they began noticing a gradual but significant drop in their business during the holidays. For as long as they could remember, people coming back home for Thanksgiving and Christmas would stop in at the bar to find out who was around and see old friends. But in recent years, people just weren’t coming in any more.

What accounted for the change? Kathy suspected it was social media. Folks were using Facebook to find out what everyone was up to; they didn’t need to stop in at the bar.

Dave had an idea. Why not use social media to their advantage? They identified the followers of their Facebook page who had the most “friends” and offered them $100 certificates to the bowling alley. All they had to do was host an event with a group of 10 or more people.

The result? A big goose egg.

Dave explained it to me this way: The people to whom they gave certificates had a lot of friends on Facebook, but they didn’t have much real influence. They liked the idea of hosting a bowling party, and several of them tried, but they couldn’t get a group of people to actually show up.

The decline of social interaction across the United States was convincingly documented in Robert Putnam’s classic book “Bowling Alone: The Collapse and Revival of American Community.” Putnam’s work was published in 2000, before the advent of social media. He attributed the decline to several factors that changed society in the 1960s and 70s, things such as automobiles, suburban sprawl and television. In the years since, social interaction has continued to decline and even accelerate.

Computers are most likely a key factor. But they are simply the latest development in a trend of technological advances that collectively serve to make us less dependent on one another for our daily needs.

Here is how it works: Each new technological development promises to make us happier by giving us greater freedom and control. Think of how companies such as Netflix and Hulu changed home entertainment. They made our lives easier by removing the inconvenience of trips to the local video store. But they also removed numerous small opportunities for social interaction.

Amazon is doing the same thing with home delivery. The freedom of shopping at home comes at a cost — not just the cost of shipping or the loss of local retail stores. It comes at the cost of meeting one’s neighbors — saying hello to an old acquaintance in the shoe aisle, catching up on the news of the summer, the birth of a granddaughter, the latest antics of Uncle Bob.

For several years now I have been giving my students an assignment. I ask them to read Ray Oldenburg’s book “The Great Good Place” and do a presentation describing their favorite informal gathering place, a place that is neither home (“first place”) nor work (“second place”), but the place where they socialize regularly (their “third place”). It turns out that most young people today do not have such a place.

And it is not just young people who find it difficult to name a third place. A survey conducted a couple years ago by OnePoll asked 2,000 Americans to answer a series of questions about friendship. They discovered that the average person has not made a new friend in the past five years, and most people’s social circle reached its peak in their early 20s.

For nearly every society in the world’s history, as people aged they became more deeply rooted in their communities. We are the first society to build a world in which the older we get, the more disconnected we become.

For decades we have been designing cities with faster roads, bigger houses, more convenience and less interaction. We have fallen into an addictive cycle, requiring more and more funds to maintain a vast, aging and ultimately dysfunctional infrastructure. Then we spend even more money to address the problems created by social isolation: homelessness, depression, drug addiction and domestic abuse.

It’s time to reverse the trend, to slow our lives down and spend more time together.

The benefits are enormous. People who have a regular third place greatly expand their circle of friends; they laugh more often; they are more engaged in their community; they are happier; they live longer. Third places also benefit entire communities by serving as gateways so people new to the area can get to know their neighbors; they function as incubators for new ideas; they serve as safety nets for people in crisis; they build social trust; they decrease political polarization.

I recently received an email from a former student. She was pregnant with her first child and had just moved to a new neighborhood in Milwaukee. She was troubled by the thought that her child would grow up in a place where the neighbors did not know one another, so she organized a block party. She distributed flyers, got permits from the city and blocked off the street for the afternoon. Everybody showed up. The comment she heard over and over again was, “We should do this more often.”