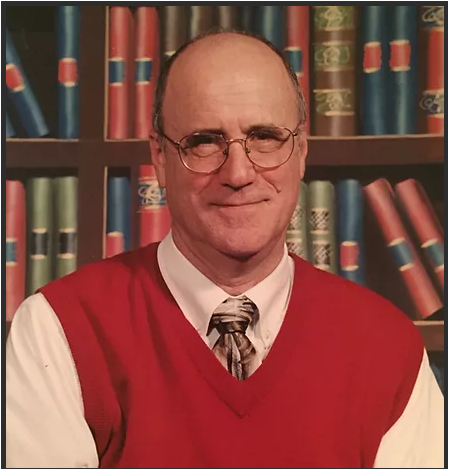 Whalen, Robert Kieran "Bob" Died Wednesday, August 24, 2022. He passed peacefully at home with his partner, Julie, and son, David, at his side. Bob was born July 16, 1944. The third child of the late Harold and Elizabeth Whalen, Bob was a proud native of St. Louis Park, and grew up alongside his brother Jimmy and sisters, Carole, and Mary. While completing his PhD at Stony Brook University, Bob met an undergraduate from the Bronx, Barbara Krohley. The pair wedded in 1971 and their 45-year marriage was marked by devotion, love, and good humor. Their son David was born in 1979. Bob was a caring and patient father who ensured his family wanted for nothing. Bob enjoyed careers in business and education. As a CEO in New York, he was known for his tough negotiating style and his honesty. As a teacher, he was beloved by his students in New Jersey and St. Paul, many of whom kept in contact with him long after graduation. Following Barbara's death in 2016, Bob reconnected with his college friend, Julie Ramphal of Huntington Beach. Bob and Julie enjoyed traveling together and visits with friends. Bob was a voracious reader and a gifted writer. He reveled in good conversation, and rarely was at a loss for words. His sardonic humor was legendary. Bob was loved and admired by his colleagues, friends, and students and especially by his family. Robert is survived by his partner, Julie; his son, David, and his husband, Colin; his granddaughter, Mackenzie; and his sisters, Carole, and Mary. He was preceded in death by his wife, Barbara; his parents, Harold and Elizabeth; and his brother, James. Mass of Christian Burial 11:00 AM Wednesday, September 7 at THE CHURCH OF ST. AGNES, 548 Lafond Ave., St. Paul. Interment Lakewood Cemetery, Minneapolis. Visitation 4-7 pm Tuesday at MUELLER-BIES FUNERAL HOME ROSEVILLE, 2130 N. Dale St. @ County Rd. B and at the church on Wednesday from 10-11 AM. MUELLER-BIES 651-487-2550 muellerbies.com