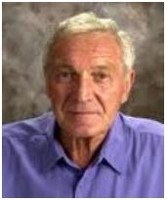 Griak, Roy Age 91 of Plymouth, passed away peacefully at home on July 9 surrounded by his ador-ing family. Roy is survived by his love, Kay Richardson; sons Seth (Monica) and Jason (Nikki White); grandchildren Matt, Leah and Vincent; sister Dolly; nieces and nephews; and many, many athletes and friends. Preceded in death by beloved mother Mildred, father Milan, brother Steve and sister Kay. Roy graduated from Morgan Park High School in Duluth (1942). Always a patriot, Roy proudly served his country in the U.S. Army Infantry during World War II (1944-1946) in the South Pacific. When he returned home, he said he was returning to paradise. Roy earned a bachelor's degree in education (1949) and master's degree (1950) from the University of Minnesota, where he earned letters in both cross country and track & field. He started his teaching and coaching career in 1950 at Nicollet High School, followed by Mankato Public Schools and St. Louis Park High School. At St. Louis Park (1952-1963), his cross country team won two State titles (1955, 1961) and his track & field team won three State titles (1958, 1962, 1963). Roy became the men's cross country and track & field coach at the University of Minnesota in 1963, where he led the Golden Gophers for 33 years (1963-1996) and worked as an administrative assistant from 1996 until the time of his death, totaling 52 years of service to the U of M. He led the Gophers to Big Ten cross country titles in 1964 and 1969. His 1968 cross country team finished second at the Big Ten meet and placed fourth at the NCAA Championships. He led the 1968 track & field team to a Big Ten championship. He coached a total of 49 cross country and track & field All-Americans, including three NCAA champions, and his athletes earned 61 Big Ten Conference individual titles. Roy served on coaching staffs for more than 10 U.S. international teams, including the 1972 Olympic games in Munich and head manager of the 1980 and 1984 U.S. Olympic track & field teams. He was inducted into the Drake Relays Coaches Hall of Fame in 1993, the University of Minnesota 'M' Club Hall of Fame in 1996 and the U.S. Track & Field and Cross Country Coaches Association Hall of Fame in 2001. In 1996, Minnesota honored Roy by naming the nation's largest annual cross country meet after him. More important than the championships and accolades is the impact Roy had on everyone in his life. Roy had an amazing ability to make everyone feel important. His smile was contagious and genuine. The ripple effect of his influence will be felt for generations. Roy's spirit lives on in the hearts of those who knew him. Visitation 5-8 PM Tuesday, July 21 at Washburn-McReavy, W. 50th Street & Hwy 100, Edina. Funeral service 12 noon Wednesday, July 22, with visitation one hour prior at Mount Olivet Lutheran Church, 5025 Knox Ave. S., Minneapolis. Private family interment at Oneota Cemetery in Duluth. Memorials preferred to the Roy Griak Endowed Scholarship Fund for Track & Field at the UofM. Washburn-McReavy.com Edina Chapel 952-920-3996